How to Draw a Good Picture with PicEdit

How to Draw a Good Picture with PicEdit
By Kon-Tiki

First thing you should do is find out what should be on your picture. What should be in the background, what in the foreground, etc. Then comes the first thing you do in PicEdit (except for opening it and starting a new picture) is setting the horizon. Draw the line where the horizon should be and remember the Y- coordinate. Then set the vanishing point. The vanishing point is the place where everything tends to disappear in if you draw the lines far enough. 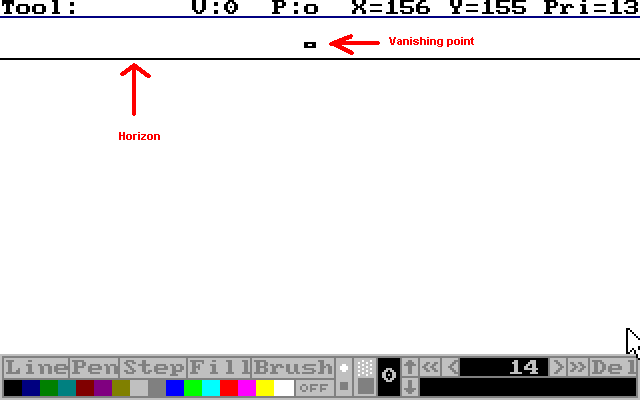 Setting up the Composition

Second thing that needs to be done, is setting up the composition. Draw boxes where you want everything to be. 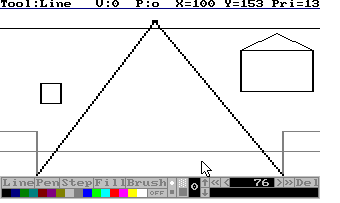 This is easy and done really fast. Just draw lines from the corners of the boxes that aren't round surfaces. Make sure not to draw the line that runs through the box, unless the object in it will be transparent. When that's done, draw the lines where the object should stop. Make sure that these lines run exactly the same as the lines a bit further on (like the roof in the example). 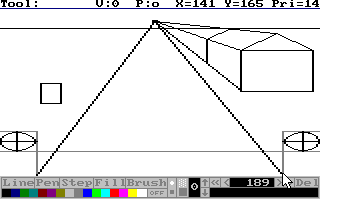